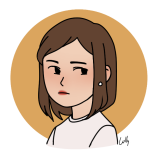 5 Easy Foundation Hacks Even Noobs Can Do

No other country values anti-aging products more than South Korea. Aside from their genes that give them naturally impeccable skin, Koreans defy age with hanbang, or Korean traditional medicine that extensively uses herbs to treat overall health and of course, skin.

So it’s absolutely no wonder why their stars look like they could still be asked for IDs in bars. We rounded up the most famous babyfaced celebs and also tried to dig up their beauty secrets, so we can all age backwards like them.

Try to guess their age first and see if you’re right:

If you’ve had your fair share of Korean shows, you’ve probably seen her in the Korean version of Entourage. She’s also the star in the movie My Little Bride and Innocent Steps.

She gained popularity for her innocent, baby-like features and is affectionately called the “Nation’s little sister”. When asked what she does to maintain her innocent and youthful beauty, she said, “I am pretty childish and my life routine is very simple, so I guess I can keep my baby face”.

She got her big break when she starred in the acclaimed drama Stairway To Heaven and has skyrocketed to stardom since. Her name is always mentioned by clients in the cosmetic surgery industry as she is considered the gold standard of the classic Korean beauty.

She married K-pop star Rain in 2017 and has given birth to two daughters—yes, she’s a mom. She claims her beauty secret is that she’s picky when it comes to skincare ingredients. To quote, “I check all of the ingredients. Even if it’s annoying to do, I make sure that there aren’t any harmful ingredients to my skin or a strong scent.”

So how old do you think is this mom of two? Your guess is probably wrong. Surprise, she’s 40!

Seo Ji Hye has been in the industry for a hot minute but she gained massive popularity as Seo Dan in the hit series Crash Landing On You. We know we always hate on the third wheel or secondary lead but because of her portrayal, she still got a lot of love from the audience.

K-pop fans have pointed out that she kind of looks like Irene from Red Velvet in some angles and TBH, we couldn’t unsee! When asked about her beauty secret, she said her daily routine includes a sleeping mask, a half-bath to help with fatigue, and a hair pack to keep her hair free from damage.

Were you able to guess her age from just watching her? She is in fact, already 35 years old.

She is the iconic My Sassy Girl. She’s also been in renowned shows like My Love from the Stars and Legend of the Blue Sea. We dare you to find a Korean who doesn’t know who she is or thinks she is NOT one of the most beautiful faces to grace the screen.

According to Korean Bizwire, Jun Ji Hyun is highly meticulous when cleansing her face. She starts with lukewarm water for a quick steam and then she rinses off the cleansing foam with cold water to seal her pores. She claims the key to her cleansing is not to rub the cleanser for too long and then afterwards, she massages her face by gently tapping with her fingertips.

So how old is this sassy girl? Ya girl is 38 and thriving.

Autumn In my Heart, Full House, and Descendants of the Sun—we’re sure these titles are all familiar. She is one of the top stars and highest paid actresses in Korea and her face is something you can’t escape if you travel around Korea or the world, for that matter.

She’s been the face of skincare brands like Laneige, Sulwhasoo, and Etude House over the years which only goes to show how powerful her age-defying beauty is.

Aside from keeping makeup to a minimum and doing a 10-step skincare routine, Song Hye Kyo likes to mix honey and rosewater to massage her face. Honey apparently lightens the complexion and rosewater hydrates the skin so maybe that’s why her face is so bright and fresh all the time.
Well in case you don’t already know, Song Hye Kyo is 38 years old now.

This list won’t be complete without the lead actress of Crash Landing On You. She’s been in showbiz for a while, having gained attention in the movie The Classic in 2003 and she’s still looking fresh 17 years later.

Part of her routine is using Skin Inc.’s Multi-tasking Facial In A Flash mask and My Daily Dose serum, which was custom-blended for her skin type. According to her, she was surprised by the products’ effectiveness and will use them whenever there’s a special occasion. So I guess you can say they are Seri’s choice. *wink*

K-pop stans, where you at? Aside from their talents, idols are generally known for their very youthful and innocent looks. After all, a majority of idols start young and begin their career in K-pop in their early teens.

Irene, the leader of girl group Red Velvet, always grabs headlines for her striking beauty, and rightfully so. Irene and the rest of the members like to book a skin treatment appointment right before comebacks. An intense session of Hydrafacials and laser treatments, to be exact. These ensure they have glass skin all throughout promotion periods.

Does it look like Irene is still in her teens? Nah. She’s actually nearing 30, as she’s currently 28 years old.

Idol-turned-actress Yoona was the face and center of Girls’ Generation. Among the 9 members, Yoona was second to the youngest of them. They debuted in 2007 and guess what? Her face. Hasn’t. Changed.

She first began her acting career in You Are My Destiny in 2008 and has since starred in numerous dramas after that. She’s also been the face of skincare brands like Innisfree and the secret to her ethereal skin? Hydration. She says that in her 10-step routine, the most important are cleansing and hydrating so she makes sure to double cleanse and use a hydrating serum afterwards.

Though Yoona looks as young as 20, she’s actually turning 30 years old this year.

Get notified about exclusive offers every week!

Maybelline’s 3 Latest Launches Are Made for Long Nights Out

What We Can Learn About Skincare From K-pop Idols

We Tried P10,000 Worth of Korean Skincare for 3 Months. Here’s What We Think

Did This Korean Brand Just Find The Cure for Acne?

Snail Slime? Rice? Here’s Why Koreans Love Them On Their Skin

The BT21 x Vice Cosmetics Collab Is Every ARMY’s Dream

Lesser Known K-Beauty Brands That Should Be On Your Radar

Get notified about exclusive offers every week!